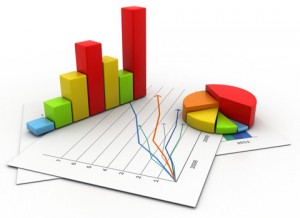 In October last year the Department for Business and Skills and the Office for National Statistics published two sets of important figures. These provide a handy snapshot of small and medium businesses in the UK right now. The data explores how the number of private sector businesses active in 2015 compares to that of previous years, as well as considering the employment figures influenced by these businesses, their locations and the sectors they operate it. As we look ahead to another new year, we thought we’d share with you the UK’s current position and provide you with the headline stats.

Employment is on the up, thanks largely to small and medium businesses

At £1.8 trillion, the turnover generated by the UK’s small and medium businesses represents an impressive 47% of all private sector turnover.

The capital has more VAT and / or PAYE registered businesses than any other area of the country. In fact, it has 18.2% of the total figure functioning within its boundaries. In terms of growth too, London is streets ahead. Year on year from 2014 to 2015, the city boasted growth of 6.9%, the highest figure across the country. Southern England more widely also has a larger business population relative to its resident population, when compared with the UK average.