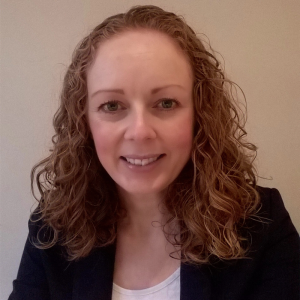 North Star Payroll, which has been up and running for around 18 months, is a Leeds-based start-up run by entrepreneur Liz McCarthy. On her journey to entrepreneurial success Liz enlisted the support of IOEE business mentor Dave Moore. We caught up with Liz to find out how the mentoring process worked for her.

During the early days of setting up North Star Payroll, Liz McCarthy’s quest for an enterprise mentor began with a simple Google search. Although the new entrepreneur knew she wanted some expert, experienced mentoring support, she wasn’t sure where to find it. She remembers:

“I searched ‘business mentoring’ because I felt a bit lost setting up on my own and thought there might be some help available. Eventually, I came across Paul Harper, one of the IOEE’s mentoring team.”

Paul was fast to respond, setting Liz up with a dedicated volunteer mentor from our enterprise mentor scheme. At that point in her career Liz wasn’t completely new to the world of self-employment, having left primary school teaching to set up as an independent bookkeeper in 2013, around two years before starting her payroll business. She told us how North Star Payroll came to be:

“As part of my bookkeeping training I took a payroll course and, as well as preferring that area of work I felt I had a knack for it. I decided to set up a company providing just payroll services in part because auto-enrolment (the new pension legislation) was coming in, meaning that many more employers were going to have to deal with this specialist area of payroll management. The new rules mean most small businesses must offer workplace pensions. This presented a real gap in the market because it had never happened before.”

Like many other successful entrepreneurs, Liz had worked in several diverse roles before setting out on her path to self-employment. The 43-year-old enjoyed a successful career working in banks and other financial institutions before retraining in primary education with maths and working as a primary school teacher for six years.  Next came her stint as a bookkeeper, during which time Liz realised that her talents were best suited to the payroll side of things. She says:

“While general bookkeeping can be quite messy and you have to wait for people to get information to you, with payroll everything has to be done by specific dates – there is no option. That appeals to me, I like the idea of getting a job done and things being structured and organised.”

Liz’s mentor, Dave Moore, works in commercial banking at Lloyds Bank, dealing with high value business clients on a daily basis. The pair kicked things off with coffee and, as she recalls, Liz felt slight trepidation before they met:

“I thought ‘this guy’s going to expect me to have a business plan’ but I didn’t have one, the business had just developed naturally. So, I quickly put together this business plan to show him. He glanced at it and put it to one side! Then he asked lots of really sensible questions about business areas I hadn’t even thought about. Dave helped me think beyond the practicalities to what I really wanted to get out of North Star Payroll. He helped me realise that you can’t plan a business until you know exactly what your desired outcomes are.”

Liz and Dave initially met on a flexible basis, around once a month, using the time together to chat through various business issues. Once the business was through its first few months of trading, the pair met less frequently but still regularly touched base. Dave’s mentoring enabled Liz to trust her instincts and know when to stray from the rigid advice of business books, particularly when it came to winning new business. She says:

“Marketing was a funny one for me because I’d read all the books and been trying to work out how and where to best advertise the business. Dave and I talked about how I would get new clients and he advised me not to pay for advertising. And he was right. Instead, Dave persuaded me to network, suggesting an appropriate sales training course which we attended together, and encouraging me to join certain networking groups. Practically all my business has come through word-of-mouth and networking contacts, so he was absolutely right.”

For Liz, the real value of the mentoring lay in Dave’s ability to shine a light on her thinking and dare to question the reasons behind her decision-making. She says:

“Although it can be a bit uncomfortable, it was invaluable to have someone willing to question me. Friends and family can be supportive but nobody wants to question your decisions. Sometimes, with Dave, I would squirm a bit because he’d ask me why I’d done something and I wouldn’t always know. He held a mirror up to what I was doing, which was very useful, but he was so nice with it that I felt I could be very open and honest with him and tell him about my worries and uncertainties. He helped give me the confidence to trust my own instincts, to believe that I know what’s best for my business. I would definitely recommend getting a mentor to anyone just setting up a business.”

Just a year and a half after setting up, Liz has already grown North Star Payroll to the point where she’s had to enlist outside support in the form of two self-employed workers. All three of the team work on-site at the business’s new premises in Leeds. Asked what the future holds for her and the business, Liz says:

“I’m looking to take someone else on and to make my own role a little more ‘hands-off’ because right now I still do a lot of the payroll processing myself. I’d like to be at the next level where I have other people doing that so I can focus on running and growing the business. Delegating the day-to-day running of North Star is my next step, to allow me to concentrate on maintaining our steady growth.”

And what about sharing her new enterprise experience by becoming a mentor herself – is that something the payroll expert might explore? It certainly seems it could be a possibility: “Yes, I’d definitely consider enterprise mentoring as something I would do myself in the future, once I’ve really established North Star Payroll and made it a success.”

Click here to find out more about North Star Payroll.